This page is designed to provide all the relevant information I have about the Flack family graves in Burnley Cemetery. I have also added a summary (click through here) of the family members interred there. 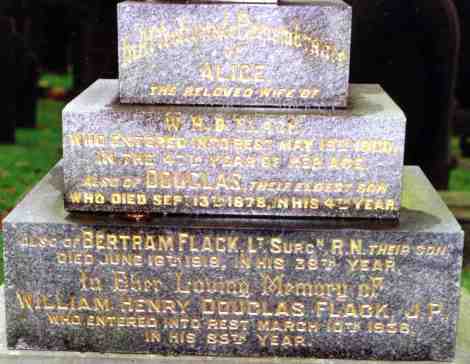 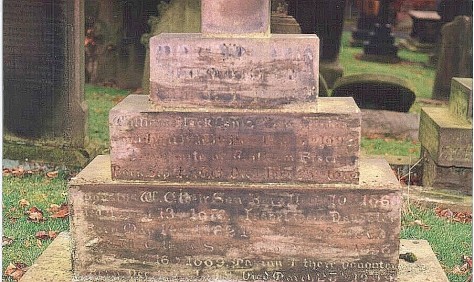 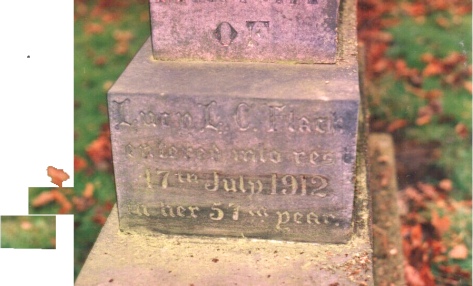 The previous post I traced Grandmother Alice Flack nee Cockshutt’s (born 1890) line back to her Grandfather, Edmund Cockshutt who was born in 1862 and died when Alice was only 14 in 1904. In that post was also suggested that there may be a connection with the Henry Cockshutt, grandson of the founder of the Cockshutt Plow Company and later, the Lieutenant-governor of Ontario in Canada.

I now have the evidence showing that our Cockshutts are indeed related. I hope to post the story shortly.  These are the notes which alerted me to the possible connection prepared by Nicholas Cockshutt. 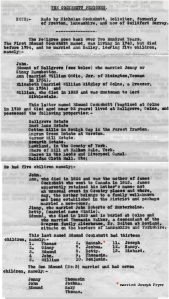 Map of Colne with Notes is available here.

The alleged family connection with the Lancashire Witches, which is also linked in some way to the Cockshutt family, deserves further research.

The first task is to validate the Cockshutt family tree from the official records. This is a relatively strait forward task back to the 1830s as the GRO has records of every birth, marriage and death registered in England and Wales, starting from July 1837. Beyond that date researchers must rely on Parish records. In this case it becomes more difficult, since several generations of our Cockshutts belonged to a Methodist sect known as the “Inghamites”.

Reproduced below is a Pedigree Chart of Alice Cockshutt tracing her Cockshutt ancestors back to Edmund Cockshutt born about 1692.

More complete details of the research conducted so far is in a separate report at The Flack-Cockshutt story (v2) (click through).

As you will note immediately, the Cockshutt pedigree only goes back to 1692, not far enough to provide any clues about a connection with Alice Nutter who was executed in 1612. A search of the available parish marriage records found no Cockshutt-Nutter marriages back to 1500.

Prominent Pendle historian, John A Clayton notes on his web page at http://www.pendlewitches.net/index.html :

“The family line of Nutter, through Alice Nutter’s children, appears to have died out. There are, however, direct descendants through her daughter Elizabeth and son Miles but these would be people with other surnames among which are Hargreaves, Jackson and Robinson. Certainly, a number of local families with the Nutter surname will be distantly related to Alice Nutter’s husband, Richard Nutter.”

There are some aspects of the family story that might lend some weight to the “legend”.

First there is evidence that our Cockshutts were still practicing Catholics in 1729 when “Edmundus Cockshutt, son of Edmundi Cockshutt of “Longroad” was baptised. This would fit with some theories about the Lancashire witches being persecuted for their Catholicity. She made no statement either before or during her trial, except to enter her plea of not guilty to the charge of murdering Henry Mitton by witchcraft. The prosecution alleged that she, together with Demdike and Elizabeth Device, had caused Mitton’s death after he had refused to give Demdike a penny she had begged from him. The only evidence against Alice seems to have been that James Device claimed Demdike had told him of the murder, and Jennet Device in her statement said that Alice had been present at the Malkin Tower meeting. Alice may have called in on the meeting at Malkin Tower on her way to a secret (and illegal) Good Friday Catholic service, and refused to speak for fear of incriminating her fellow Catholics. Many of the Nutter family were Catholics, and two had been executed as Jesuit priests, John Nutter in 1584 and his brother Robert in 1600.

To put the political climate for Catholics in 1612 into perspective, it will be noted that between 1535 and 1679 more than 40 people had been executed as traitors for being prominent Catholics (source).  Contemporary critics of the Catholic practices argued that the the Catholic belief in “transubstantiation” in Catholic Mass was a form of witchcraft.

Second, Alice Nutter was unusual among the accused in being comparatively wealthy, the widow of a tenant yeoman farmer. The Cockshutts were connected with several estates including a farm at Worsaw Hill near where these events took place.

It seems entirely possible that Alice Nutter was a secret Catholic and called in at what was a secret mass – later to be claimed to be a meeting of a witches coven?

Whilst it is true that several Nutter families live in and around Pendle to this day, there is no firm evidence that there is a link between our Cockshutt family and Alice Nutter and her family.