The following tables contain all the references to persons with the surname Flack that I have found who were likely living in Ireland prior to 1850. These records are a composite from a number of different sources (indicated in the table). The first table is sorted on the Estimated date of Birth to facilitate locating persons with known or estimated dates of birth.  The estimated has been calculated using the reported date of the record, minus the stated age of the person listed and could therefore be inaccurate by +or- 2 years.

Following the All Ireland tables, are three additional sets of tables in which the tables have been sorted by County, Parish/Barony and by Townland in the hope that this will reveal family groups in each of Cavan, Monaghan, Armagh and Fermanagh. 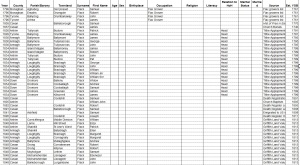 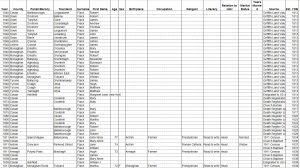 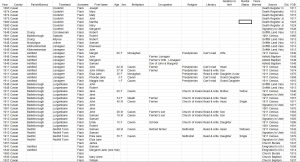 This blog records the results of my research looking for the parents of Captain William “Billy” Flack. (see also my summary on the Ireland Reaching Out website at http://tinyurl.com/pram6pp

A search of the available birth, marriage and death records in FindMyPast databases for a William Flack, a soldier who married an Elizabeth in the period 1770-1795 failed to reveal any obvious candidates.

Among historical records available on-line, two documents which feature a Corporal William Flack are of interest in this search, however there is only circumstantial evidence to support the view that he is the “William Flack, a soldier” I am looking for. Copies of those records are reproduced below. 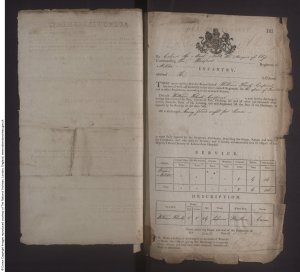 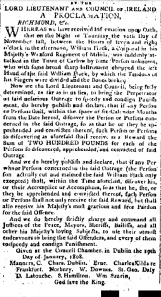 Corporal William Flack, of the Wexford Militia, born 1772 in Bailieborough is a possible candidate, but little is known of him. We know from his discharge papers that he was discharged unfit for further service in April 1808 and granted a pension from Kilmainham Hospital (the Irish Army equivalent to a Chelsea Pension) due to a serious injury sustained to his left hand in a skirmish whilst he was on duty with the Wexford Militia in Carlow on 12 November 1807.

Two opportunities for further research arise from the association with the Wexford Militia. First, history of the Wexford Militia reveals that the Regiment (unlike most Irish Militia Regiments) was deployed outside of Ireland to serve in the Channel Islands. Is it possible that passenger lists exist which might reveal details of other members of his family?

Research in Jersey Archives and in the National Archives in London revealed that when the Wexford Regiment returned from Jersey on 4 July 1800 they were 655 rank-and-file strong, and had 232 wives, and 236 children with them. Unfortunately records of the redeployment do not contain the names of accompanying family members.  (NA HO/100/91/134). 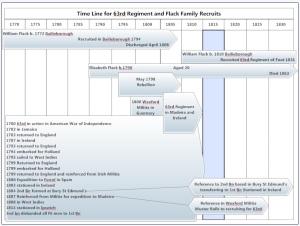 It is not unreasonable to speculate that there were family connections between Cpl William Flack of the Wexford Militia and the William Flack who enlisted in the 63rd Regiment of Foot in 1832. 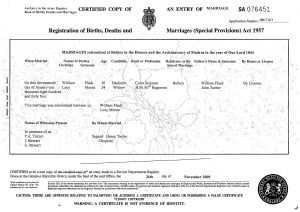 Who was Lucy Moran, 24 year old widow, daughter of John Turner, and what was she doing in Bellary in 1844?

It will be noted that the marriage was solemnised by Henry Taylor the regimental Chaplain and witnessed by “P.A.Turner”, “I.Stewart” and “S.Stewart”.

The first piece of evidence as to where she was born comes from the 1861 Census for 3 West Gate Road, Habergham Eaves, Lancashire which includes a listing for a Lucy Flack, wife aged 41,  “out P. of Chelsea”, born in Leicestershire. A copy of the listing appears below. 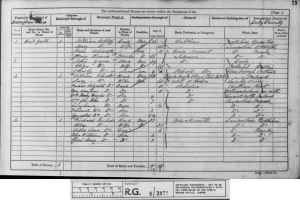 A search of the Birth records available from FindMyPast database and from FamilySearch revealed large numbers of persons by the name Lucy Turner born c. 1820, in Leicestershire – too many possibilities to be useful without other information to narrow down the search.

A search of the graveyard records for Bellary revealed the following relevant memorials:

A search of the “England Births and Christenings 1538-1975” records available from Family Search revealed  that a Lucy Turner, daughter of John Turner and Katherine Turner was christened on 15 September 1819 at St Margaret’s Church, Leicester, Leicestershire, England. (Batch No. C04321-0, GS Film No. 592557).

From these findings,  it appears that Lucy Flack, formerly Moran nee Turner born c. September 1819 at Leicester, was was a member of the Turner family travelling with the 63rd Regiment after her 1st husband, Francis Henry Moran had died and that she was traveling with her mother, Katherine Turner and with at least one of her four brothers, Peter Turner.

A Draft family tree can therefore be constructed to describe the family relationships as follows: 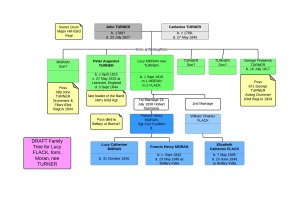 Further searches are under way tofind out more about Lucy Flack, formerly Moran, nee Turner’s first husband and other members of the Turner family. 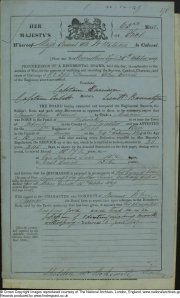 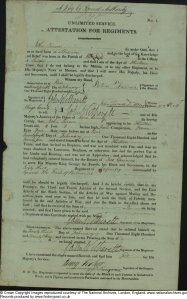 Further enquiries are under way to identify John Turner, formerly Drum Major, H.M 63rd Regt., who died at Thomar in Portugal on 23 July 1827, but it would appear that he is identical with the John Turner, husband of Katherine and father of Lucy, Peter and George, all baptised in St Margaret’s, Leicester between 1815 and 1819. 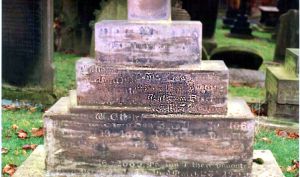 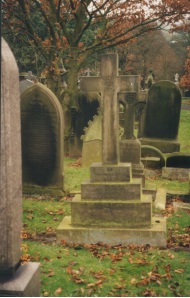 In the Burnley Cemetery there are two “family graves” in which are buried several members of the family of William (Charles) Flack. The Burnley Cemetery records indicate that Grave No. 9268C was purchased by William Flack, Quarter Master resident of Rose Terrace, Accrington Rd on 25 January 1863. 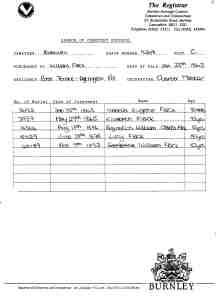 It states that Elizabeth Flack was interred on 29th May 1865, aged 73. It will be noted that the Death Certificate certifies that the death occurred in 1863. 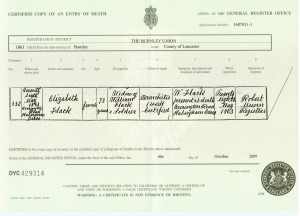 It appears that the Cemetery record has been incorrectly transcribed.

In the 1861 Census, Elizabeth Flack, is not recorded with the rest of the family living at West Gate Habergham Eaves:

A search of the 1861 Census for Elizabeth Flack failed to reveal a person living in England who could be William Flack’s mother.

The death registration and burial of Elizabeth Flack are the only references to William Flack’s mother in England.

Is it possible that she lived in Ireland and traveled to Burnley only when she was terminally ill?

Where did she live in Ireland? A search of all available publicly available databases of Irish Flacks failed to reveal a person who could reasonably be identical with the Elizabeth Flack we are looking for.

Is it possible that Elizabeth was her second name?

Is it possible she was not Irish by birth? We know that the Wexford Militia served in the Channel Islands in 1800 – perhaps William married a local girl?

As a 56 year resident of Australia and a recipient of traditional view of Australian history, the findings from my research in the 1980s into the service of Private William Flack of the 63rd Regiment of Foot in Van Dieman’s Land (Tasmania) in the 1830s provided many surprises.

Australian history, quite naturally, is written from the point of view of the convicts and settlers and there was very little written about the role of the British Army in the first 100 years of our history. What my research did was to remind me that in many ways the Australian colonies were governed by the military. The Governors were military men (and many still are although now in ceremonial roles only) and the public services were often managed by the officers of the Regiment.

The Australian Dictionary of Biography lists the following members of the 63rd Regiment who played important roles in colonial Australia. Many others settled here and did not leave with the Regiment for India in 1834.

I have now completed the Second Edition of “The 63rd Regiment of Foot (West Suffolk) in Australia 1829-1833) which is available to down-load (here).

Your comments and suggestions are welcome